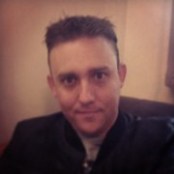 Daniel Young is a Sydney-based writer whose short fiction has appeared in Seizure, Verity La, Hello Mr. Magazine, Cuttings Journal, Bukker Tillibul and Mascara Literary Review. He’s developing a novel manuscript as part of an MA (Writing), is the founder of Tincture Journal, and is writing about all the novellas at allthenovellas.com.

The buildings on this street were old, blackened by age and pollution, and of widely disparate heights. Billy came to a food stall, the vendor selling home-cooked food alongside a few pre-packaged items: bottles of tea, rice crackers, biscuits.

“Hello,” shouted the lady, engaging Billy with kind eyes. On his last visit to Shanghai, ten years earlier, the locals had treated him like a bizarre novelty. They chased him, shouting hello, laughing and even wanting to touch his light blonde hair and stare into his round brown eyes; all in a generous spirit of friendship. This time around, the younger generation were more confident, aloof to foreigners, keeping a casual distance.

Billy smiled, but didn’t answer her, suddenly ashamed of his poor mandarin skills. He spotted a shiny metallic bowl on the table beside a mound of dark green bamboo-leaf parcels. Sticky rice, which he had never enjoyed. It was the bowl that grabbed his attention, filled with tea eggs.

They used to make tea eggs together, in Brisbane. When they lived together like love-birds, for that one short year. In their two-bedroom apartment on the banks of the murky Brisbane river, where the jacarandas bloomed purple as spring raged into summer and final-year exams approached. Brisbane and Shanghai were linked, both bisected down the middle by these turgid brown snakes, rivers twisting through the landscape, disorienting to the uninitiated, and with the occasional bridge providing a means to get around the city.

Qiang held Billy tight, calling him a good boy. Billy mixed the tea, spice mix, star anise and soy sauce, placing the eggs onto the heat. Qiang delivered instructions in his quiet, yet firm and confident voice, and Billy followed along, eager to please, happy to be learning these cooking secrets. When the eggs were half-done, he smashed the shells with a spoon, allowing the rich dark liquid to seep into the gaps, forming brown marbling patterns on the cooked egg white.

Billy blinked and bought two tea eggs from the lady with an awkward combination of pointing, holding up fingers and fishing around for the smallest coins he could find. He knew the words: chá yè dàn. Cha for tea, dan for eggs. Dan-dan for testicles, Qiang had reminded him with a laugh, grabbing Billy’s hand and forcing it towards his crotch.

Although he recalled the mandarin words, his mouth remained fixed in silence, unable to even try and pronounce them. He stood at the stall, peeling one of the eggs and eating without taste, paralysed by memory.