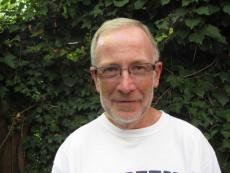 Born in Adelaide, Christopher Pollnitz lectured for over thirty years at the University of Newcastle.  He remains a conjoint lecturer of that University and over many years has spent many months in Manuscripts and Special Collections at the University of Nottingham.  He has written articles on the Australian verse novel and a range of Australian poets, including Judith Wright, Peter Porter, Les Murray, Alan Wearne and John Scott.  In the 1980s Paul Kavanagh and he ran the Mattara Poetry Prize, since re-established as the Newcastle Poetry Prize, and edited the annual anthologies.  Picaro Press has brought out a Wagtail pamphlet of his own poems, Little Eagle (2010).  He is the editor of D. H. Lawrence’s Poems for Cambridge University Press’s critical edition of Lawrence’s Works.  The first two volumes of the Poems, including all the verse Lawrence collected or planned to publish, will appear later in 2012.  Examining the original manuscripts of Lawrence’s verse has involved considerable travel in the USA, including a visit to the Pierpont Morgan Library, New York, which (as reported in the “Idylls”) holds just one Lawrence manuscript poem.  Only in recent years has he ventured outside the libraries and private collections of North America to see and reflect on some other aspects of the continent.

She-eagle, bald eagle, swooping up from the river
with a beakful of Potomac shad for the nestlings
—yes, let us lengthen the metre to national epic—
she settles on that Virginia pine bough, settles
the young in a stick halo down to their dinner
above the jetty where, one week of the eighteenth-
century year, Washington sent out his servants
(i.e. his slaves) to catch herring and shad for the winter.

She is the Potomac’s one true farmer.
Mt Vernon is a doll’s house on an Enlightened
gentleman’s toy farm, a former general
but bewigged and toothless now, not exactly a raptor.
In the reconstructed slab walls of the pioneer cabin
down the herb-and-market garden, they have a wise woman
who spins a deft spindle and stories for the tourists—
the best on Johanna, the estate’s washerwoman
who laundered every week every smock of homespun
and ruffled shirt, and every spring the curling
heavy fleeces.  Imagine her cracked and soda-hardened
hands pressing deep into the lanolin water,
spongy, emollient.  That the oil never showed in
estate accounts shows Johanna had a sideline.

Down from the family vault with its marble eagle
spread stately across the whitened sarcophagus
is a knoll where they might have been, the unmarked grave-sites
of the unnamed families of slaves (i.e. the workers).
Did Georgie-Porgie speak with Johanna?—Martha
had to ask permission before entering the study
of the Republic’s father, never biological
yet something, something maculate, was transmitted.

We are in the country of the yellow school bus
rushing through it on the morning express to Newark
and on into New York, while the clapboard houses
turn their backs away from us and turn their porches
towards the trim white churches with those little
steeples like sharpened pencils.  The young father
across the aisle sitting sideways barely seems to notice
his daughter for the crossword or Sudoku
balanced on one of his knees, but when his daughter
rests her tight-curled head on the other,
he gently strokes it—not idly, with assurance.
Having listened to much talk that is more rhythm
or dance of self-assertion, self-obeisance,
I like him for his silence, this young father,
his working pencil, and absent hand still stroking.
Now that he’s not required for cotton-picking,
and buses and brief spires seem to have lost their
centring function, Amtrak passing by them,
perhaps his hands have power to drive the dibble
into this lakeland, estuarine country
setting the sharp American grain anew.

Starting from Brooklyn, where New York’s most suicidal
cyclists come home from days that haven’t killed them
we take the inevitable subway to Manhattan,
across the river the sun coming down on Liberty
visible a few seconds above the roofs of factories
in working Brooklyn.  It’s a beautiful idea,
Liberty, from a distance.  Before the dereliction
of factories springs up to fill the vista
there is Ellis Island that once filled the factories
with workers (i.e. slaves).  Our tour-guide on the Island
history teacher Marcus Smith, had saved to send his
grandfather Schmidt on a visit back to Austria:
What I should go back to that shithole for? he queried.
But shitholes are the closeups of our memory.

Connoisseur-collector-eccentric Pierpont Morgan
is wearing his fez tonight in the Library
and adjusting his hooded lamp above Melancholy,
his refinement tracing every curve of the burin
in a luxury of sorrow.  On the plains somewhere out in Iowa
under the rail a coolie’s set cross-wise a sleeper
and taking the sledge has driven a spike home, half-cognisant
it is himself he is crucifying.  Meanwhile Morgan
has laid the Dürer aside and turned his attention
to the thimble of an Assyrian seal—two monsters
in their internecine embrace constructing a pattern.
Does he reflect what empires need in the building?
Does he think of the coolie?  No, his focus
is elsewhere as he repositions the lampshade.

In the Museum the summer exhibition
on Romantic Gardens includes everything Morgan collected,
from engravings of Antoinette’s dairy fantasy
to Pope’s Twickenham and Wordsworth’s “Tintern Abbey”:
let everyone into the Garden, you inherit Bedlam.—
As you leave, out of certain gratings in the pavement
comes a rumble and whisper as of Morlocks feeding.
Marcus Smith, I need your help and my experience
having once worked an hour in that Library (closed this summer)
and trained a Morgan light on my chosen manuscript:
let me know the conditions of my scholarship and labour.

From the wide-screen windows of the World Finance Center
squashed into two dimensions like a Jackson Pollock,
diagonals of yellow cranes order what the mind’s eye
conjures as no more than a writhe of metals.
You don’t get it, do you? you point out.  And truly
I fathom nothing of this notch in the scrapers’ skyline
about the morning or the weeks that followed.
Having seen a good Hamlet at the Folger
we know the Tudors’ stereoscopic vision
of the fall of greatness, still feel the medieval
Schadenfreude; but listening at another window
to a New Jersey fireman who came in after
work on 9/11 to join the rescue
(or mortuary) operation reconfigures
the Day as the tragic heroism of the Many.
Talking to a tour who’ve gathered round him,
mid-statistic in what doubles as self-therapy,
the veteran breaks off, struggling to re-enter
the horror he knew.  The volunteers were his heroes;
it was their work dead and living firemen were doing.
Descending we find the Memorial Museum
adds the dimension of grief: we are chosen
(is it my face—all struggle, no comprehension?)
to be led by an ex-fireman and fireman’s father
past ceiling-high blow-ups of a Bosch Thebaïd
to a collage of little snaps from family albums
where he points out his smiling son and grandkids.
He was lucky; his son was among the found bodies.
Irresistible the catharsis that wells up out of
sources this deep, but something in me now refuses
to get it.  Have the deeds that call up pity
and terror themselves been tangled in atrocity
poisoning the well-springs of our deepest feelings?
Or no—is it not that the katabatic pulsations
which wrecked the Towers are still radiating
out and out, both disuniting peoples
and shaking foundations of many a place of worship
till the Jefferson Memorial itself trembles?

We’d been told to see the Korean War Memorial
and having seen will truly never forget it:
in this capital of the war against terrorism
patrols a platoon that wears every face of terror,
half of the boys scared shitless, half to numbness.
But really I prefer the Lincoln mausoleum:
we pace about him in an amphitheatre
and here he smiles like a benign grandfather,
then another step and you see the glint of vision
in the stern eye required for nation-building.
Who knows what must be given and what taken
wears the stern mask of the whole tragic drama;
he knows what he has to do and he is a-doing,
he knows what must be done and the boys are dying.

We have walked The Whitman Way too, up on F Street.
It passes by the National Portrait Gallery,
the Patent Office once, where Whitman worked and
spent evenings visiting hospital camps for the wounded
that grew in the autumn rain on Washington’s fringes
though I wonder where.  He was a good visitor, Whitman,
wrote letters for the boys, sat with them while they were dying
and poured out gallons of sympathy in “Drum-Taps.”
Surgeons would hone a scalpel on their boot-soles
to speed an amputation, and the nation’s poet
dared mention the smell of wet gangrene under canvas
(‘With soothing hand I pacify the wounded’)
but didn’t go on, lest it read like criticism;
for the surgeons did what they must and they were a-carving
and Whitman, he was a seer yet unforeseeing.
We have even trudged up through the democratic
ranks of the dead at Arlington Cemetery
past the bold surnames of forgotten generals
and the smaller stones of ORs named and mourned for.
At the Kennedies’ shrine near the summit the eternal
almost invisible flame you know is there burning
flickers up to blueness, and a black helicopter
beats up from the Pentagon like a heart fibrillating.
The times are the times and the presidents are a-changing
but they know what they have to do and they are a-doing,
they know what must be done and the boys are dying.

Sunday morning, the Farmers’ Market busy,
young families adrift in the Main Street sunshine;
the Baptists with somewhere to go to, the Adventists
emphatically not going there, and the remainder
like me, not going anywhere, just being.
Except for Sharyn, that is, who’s opened this morning,
my daughter’s made my appointment, we’ve made friends talking
as she cuts my hair, about daughters who look after us,
how mine is a Thursday’s child, hers a travel agent
but the one time Sharyn has flown, on a tour to Las Vegas
her daughter asked, Why’re you going all that way for?
No, she’s no traveller, enjoys a long week at the salon
doesn’t mind trimming beards, and still sees her first client.
Waiting in the sun for my daughter to collect me
I spot a poster from the Spring Poetry Festival,
Atwood’s “Habitation.”  A passerby stops to read it,
asks her husband’s opinion and interprets his silence,
I didn’t think much of it either.  The morning’s sour note;
neither’s emerged from the Ice Age or the forest.
Here comes a hand-holding father whose daughter totters
under the Emperor of Icecream she’s clutching
in the other hand: Eat it quick, if you want to have it.
But he kneels, re-sculpts it for her and restores it.
I’m on her side; I want the morning’s sweetness
to go on and on.  And here comes my daughter
bearing bags with the week’s provisions.  We share them
and there’s one left to do some farewell shopping.
She chooses walking-shoes for her move to Texas,
I a T-shirt with a print of D.C.’s counties
—top of them all this leafy, sunny suburb.
I want Takoma on the map of my hereafters.