Harold Legaspi: The Queer Imagination of Down The Hume by Peter Polites 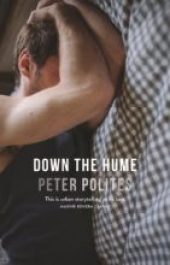 There is not a simple matter of homogenous ‘queer’ voice, literary or otherwise (Hurley, 2010). As poststructuralist theorists have contended, for various historical and social reasons, ‘gay’ and ‘lesbian’ are discursively unstable and contested categories (Jagose, 2002) and homosexuality is ‘a performative space of contradiction’ (Sedgwick , 1990). In highlighting Polites’ engagement through his noir, i.e. of the thornier breaches of the queer-racial diaspora, I seek to explore the ideals behind his proposed definitive ‘queer’. Are bodies racialised erotically? Can queer love be normative? The answers to these questions, as the chapters of Down The Hume have argued, is yes, and the implication is that a radical tension and a central paradox is characteristic—are queer relationships driven by sex?—and perhaps even definitional—of the very term “queer” (Sedgwick, 1990).’

Down The Hume portrays Bux and his Aussie ‘boyf,’ Nice Arms Pete through a masochistic (and at times clandestine) relationship fuelled by addiction to ‘little moons’ (street name: Syrinapx), amidst violent outbursts and sexual encounters with other men, juxtaposed with Bux’s traditional Greek upbringing, marking him as an outsider. It is an attempt to ‘reconfigure the blinding whiteness of suburban history’ by taking us on a ‘flâneur’s tour through the Western suburbs of ‘Lebs, wogs, and reffos’, with streets evoking memories as he laments the disappeared places of his youth, his observations filtered through an urgent patois of clipped sentences’ (Caward, 2017).

Down The Hume and other novels within its constellation, e.g. Christos Tsiolkas’ Loaded (1995, Random House) position ‘queer’ hegemony that feels disenchanting by depicting characters who ‘lack a sovereign mind’, yet to ‘wake up’ from the consequences of their nihilistic fury. In a sense, the queer representations may promulgate homophobia by way of its self-indulgence, its construction of alternative values and ceaseless hopelessness. While this ‘queering,’ serve Eve Sedgwick’s notion of ‘making-strange of identities’ through ‘derangement and reconfiguration of conventional taxonomies,’ (Davidson , 2004) more than anything, it exposes the dark crevices, the shadows that lurk within the ‘thematic trinity of class, race and sexuality’ (Andersen, Collins, 1997) discourses that are a quintessential part of the narrative of suburban Western Sydney.

Down The Hume reads like an essay on tribalism (Caward, 2017). The community structure in Western Sydney is a device in achieving this narrative. One of the features of a queer noir is that the protagonist often does not have a solid family structure around them, as evidenced by the flailing tapestry of Bux’s relations with his parents (he is an only child). Down The Hume broadens, deepens, and complicates the kind of purgatory these characters are in, particularly Bux, who loves irrationally, but cannot justify his queer love as normative on the grounds of his dysfunctional family life.

Polites cautions: ‘a lot of people from a queer background first identify themselves culturally, then they label themselves as queer.’ (Polites, 2017) In an Althusserian sense therefore, one is ‘born into a nation, not just a nation…but into a ‘nationness,’ the ideology of nation as category of identity, a category that is continually reinforced by the state’ (Ashcroft, 2009). Bux in particular, identifies himself as Greek first then gay second, as a measure of ‘saving face’ with his parents. Even against his better judgement, Bux finds himself feeling proud, or more often, ashamed of his ‘nation.’ This is because, whether he likes it or not, it is his. Though when his Greek heritage and queerness are taken together, certain paradoxes are revealed, of the underlying psychology and politics of his racial eroticism.

Polites uses philosophical theories from the ‘F-fathers’—Freud and Foucault to demonstrate the trajectory of desire, fantasy and sexuality of his plot. Freud’s theory that male homosexuality developed from an ‘unsuccessful resolution of the Oedipus complex’ aligns with Bux’s psychology of seeking ‘male sexual objects whom he might love as he had been loved by his mother’ (Freud, 1933). Freud’s notion of only one kind of libido, i.e. the masculine one focused on the phallus, pays attention to hyper-sexed portrayal of Bux and Nice Arms Pete. Moreover, the masochism between them, and their compulsion to repeat aggressive impulses, ‘succeed in binding erotically the destructive trends which have been diverted inwards (Robinson, 1972):’

‘How can you sell it if you don’t fuck him?’ I just said it, my eyes scanned the surface of Nice Arms Pete’s face. It was slowly contorting and puffing up red.  Tops of his eyelids creasing, lips slamming against each other. His fist shot out. Struck the side of my face. Nostrils got pushed down, my neck clenched taking the blow, and my eyes expanded post impact. I spun around away from him, put my whole arm on the wall and slumped into my body. I held up the walls with my arm because if I didn’t the whole house would have crashed. I breathed into my lungs but the worry beads spun around in a tornado’ (Polites, 2017).

Polites’ queer imagination exhibits a prejudiced, often complex set of power-relations, which oscillates: Bux feels, at times, superiority as well as a disenchantment of his Whiter counterparts.

‘Dark Rum just a bit older than me; Lakemba Street light wasn’t generous enough to get a make on him. Pretty shitty skin. Oily forehead, dry cheeks and already had laugh lines and frown lines all over his face. The other one was younger, a scumbag Aussie, a dirtbag colonial. Sturdy legs with red stubble and a rat’s tail he’d been growing from birth…Scumbag Rat’s Tail let out a laugh. A high femme laugh…When that scumbag Aussie laughed, it changed the distance between us. Only one or two feet away but I could feel their breath, noticed how their trackpants fit around their waists. Their fingers were calloused with dirt underneath. I realised they wanted to unwrap me’ (Polites, 2017).

Bux subjugates the ‘scumbag Aussie,’ whom with his ‘femme laugh’ he deems a ‘dirtbag colonial,’ typified by Bux’s awareness of Britain’s colonial history. Foucault’s notion of power is therefore evoked, that the ‘individual is a result of power turning upon itself,’ (Rozmarin, 2005) when Bux derives a ‘focal point of resistance’ (ibid) to the ‘scumbag Aussie,’ which is affected by ‘specific historical power relations,’ formed by governmental, economic, and cultural institutions’ (Deleuze, 1986). I want to suggest that Polites’ positions Bux as a Greek queer ‘maverick’ with a special perspective on sexual and class norms, especially as the narrative consolidates around race, which might also be said to particularise his brand of class-racism rather than to remove him from the its grip’ (Brim, 2014).

Paradoxically, Down The Hume non-chalantly if not ironically pokes fun at clichéd ethnic stereotypes: from ‘Viet dudes’ with their ‘God complex’, ‘muscle Indian gay boy doctors who (speak) with phony deep voices,’ ‘Persian hotties’ from the north side who evade local Iranians to ‘copper Spanish Filo’s’ with their ‘Filomerican drawl.’ There’s slang, reversions to Greek, SMS texts, queer appropriations and ESL diction that exemplify the isolating force of language, These classifications, central to this novel, fuel Polites’ engine of divisiveness but can also be used to establish identity and inclusion. It has driven the relevance of Western Sydney in the zeitgeist of contemporary Australian literature.

That Down The Hume’s protagonists ingest a haul of painkillers as a form of escapism, is symptomatic of the jaded possibilities of the ‘kind of life’ they couldn’t have—‘being some wog fag way out west…limited money…housing insecurity…never having a wedding that (their) parents would dance at (Polites, 2017).’ The story portrays these men as victims, unconscious of the possibilities of their imaginations. The characterisations are such that they illicit a base depiction of young gay men, insecure, addicted and broken, in their plight for a just existence. It’s not the sex they fight for, it’s the lifestyle. This book is a silent plea, most evident in its final pages—‘I didn’t want a fight for gay marriage – all I wanted was a clean house (Polites, 2017).’

What there is then, is this quixotic striving for a normative outcome, evidenced by Bux and Nice Arms Pete living together, as well as with Bux’s journey to his origins in Greece in the final pages, where the protagonist sinks into a literal arrest. Here, Bux resolves his existential dilemma by delving deeper into his ancestral village, but concedes that the streets are his real home—Haldon, Park, Caldwell, Brunker Road, Burwood, Lakemba, and others. Like a vagabond, he questions their relevance, but derives their meaning as the places that have ‘wrapped themselves around (him)’ (Polites, 2017).

Polites has articulated such a fragile but sordid voice in Bux.  Bux’s voice lacks direction but is uninhibited. Polites’ queer imagination fluctuates as it seeks to transgress the bounds  that queerness tests, penetrates, and fails to penetrate. The readers can revel in Down The Hume’s noir posturing of a complex psyche. In as much as this, Polites’ voice sometimes feels frustrated, bereft of spirituality, as it oozes machismo among the white noise inhibiting his troubled existence. Down The Hume has remnants of the queer struggle for conformity and is best read upon brooding or with an apprehensiveness to the state of Sydney’s queer culture, an openness to the complexities constituting queer formations, or at least an appreciation for suburban pride and the evolving institution of marriage.

HAROLD LEGASPI is a poet, novelist, writer of short fiction and essayist who migrated to Australia from the Philippines in 1989. He has lived in Manila, Sydney, London, Taipei and Beijing.  His writing has been published internationally and in Australia. More of his writing can be found here.