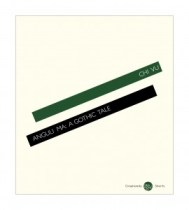 The Melbourne based writer Chi Vu is known for her plays “The Story of Soil” and “A Psychic Guide to Vietnam”. The text for “A Psychic Guide” was included in the Macquarie PEN Anthology of Australian Literature and Vu is also featured in Joyful Strains, the recent PEN writing anthology about the refugee experience in Australia.

Vu’s novella Anguli Ma- A Gothic Tale is published by Giramondo Press in the Shorts Series. It has only received a one paragraph review in The Australian and a longer mention in an essay by Nicholas Jose for the Wheeler Centre to date. This relative lack of acknowledgement may be due to the novella form of the text, which is unfortunate because Anguli Ma succeeds on a number of levels, not least as a gothic tale and as a tale of refugees in the suburbs.

An informed reader who knows about the Anguli Ma myth would be richly rewarded reading this novel. However Vu’s craft ensures that one does not need prior knowledge of the fable for the story to have an impact. In an act of retelling and cultural translation, Vu deploys the name Anguli Ma for an unpleasant character that moves in to an Australian household with three Vietnamese refugee women. The story pivots around the transformation of Anguli Ma who encounters a monk meditating in the fields beyond the house near the Maribyrnong River, and the gradual disintegration of his landlady Dao. The horror story builds in suspense and menace to the final climax in a claustrophic suburban wasteland.

Subtitling her novella “A gothic tale” Vu alludes to the Australian gothic tradition in which the landscape of the bush is haunted and macabre (Gelder 2011). In Australia, the genocide of the Indigenous people is a repressed violence present in the land. Vu describes the landscape as having “Shabby grass” and “misshapen trees” under a cloudy boiling overcast sky (Vu 15). Later she alludes to Australian history by describing:

A land so…peaceful that the newcomers believed that it was empty space unmarked and unstoried, a barely populated land uninhabited by wandering demons and limbless men from wars that dragged on for millennia. (Vu 49).

The book is primarily set within the confines of Dao’s house using a number of narrative strands, the fable-like appearance of the monk, Dao, Bac, Sinh and Dao’s son and grand-daughter. Dao is driven to desperate acts after the hui money (Money circle) that she is in charge of is stolen and Sinh, her young tenant goes missing. The Buddhist references are extended in the book to include the other women refugees in the narrative – a comparison is made between them and hungry ghosts – the souls of the dead that need to be fed continuously to be sated.

“…Left behind ma co hon in the old world.’’ Dao stopped. Wandering, hungry ghosts. Unable to be reborn as a human or animal unable to enter heaven or hell because of their gruesome, untimely deaths. “We think we have a new beginning because we escaped the terror and come to a new land. But we haven’t left them behind, they came with us!” (Vu 54).

Hungry ghosts according to Buddhist theology, are one of six stages of humankind before the possibility of  the attainment of enlightenment as a boddhistiva.  They have small throats and large mouths; they are unable to receive compassion and they exist in a living hell suffering from eternal hunger. Being an animal is another of the stages wherein one is driven solely by one’s desires. Dao is described as being at the stage of an animal by Bac, the older tenant, who observes that she is driven insane by her grief. The monk also advises Anguli Ma that one can perceive that one is an animal without necessarily having to be one.

In Vu’s fable, Anguli Ma is a murderer who finds enlightenment, only to be ambushed by his landlady because of his last murder. Even his landlady and the other tenants of the house are capable of becoming hungry ghosts if the circumstances are right. The tale comes around full circle with Anguli Ma meditating in the sun like the monk in the beginning – a compelling allusion to Buddhist philosophy in which there is no end or beginning.

Vu uses effective imagery and pacing to deliver a truly gothic tale. The suburban setting is portrayed as stark and unfriendly to the Vietnamese characters. The characterisation of Anguli Ma is similarly intense, from the bloody scissors he uses for his work at the abattoir, to the running over and eating of a dog in a suburban wasteland. Such intensity imparts to the audience the desperation of the struggle that all the characters face to survive

By invoking the gothic, the novella acts as a counter-narrative to the brightness of other popular refugee narratives like Anh Do’s The Happiest Refugee. Vu’s characters are desperate –Dao obsesses over money, Bac works too hard and Sinh, the character with the most youth and hope is murdered. The commentary that Vu has published in an article about 1.5 generation Vietnamese diasporic writing suggests that she has succeeded in being a translator of Vietnamese concerns to the Australian audience (Vu 2011). Vu discusses how the 1.5 generation can look backwards or forwards. Nicholas Jose suggests that this portrayal of Vietnamese refugee stories provides a different view of Vietnamese refugees for the uneducated outsider. Vu succeeds in beautifully articulating a detailed study of the four main characters; she is able to go beyond cliché because of her sensitive handling of contrasting narrative traditions and her intense attention to detail.

Anguli Ma- A Gothic Tale is a highly original work drawing on Buddhist and gothic traditions; it should find a larger audience internationally, if not here.

HOA PHAM is an award-winning novelist and short story writer.