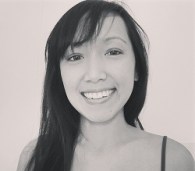 Lillian Kwok is originally from Philadelphia and now lives and studies in Sweden. Her work appears or is forthcoming in Hawaii Pacific Review, Off the Coast, burntdistrict and other journals. She holds an MFA in writing from Vermont College of Fine Arts.

We spend that summer with our dad in Hainan. My sister is nine and wants to spend
all her time with me, but I want to bike along the water alone, look for seaglass and
dead sea animals without her. So she cries and dad becomes cross. My sister gets
Saturday candy but not me. To punish him I refuse to eat lunch and dinner. But my
father, the oldest of nine brothers and sisters, knows a thing or two about hunger and
is not afraid of me. Whenever I want to starve, he lets me starve.