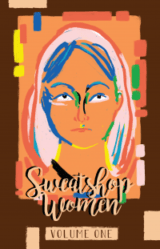 What does it look like to tell your own story about love, faith, home and history? It looks like a collection of prose and poetry titled Sweatshop Women written by women from Indigenous, migrant and refugee backgrounds. Writers who courageously tackle difficult themes that demand of us our attention. Sweatshop Women are a collective of new writers based in Western Sydney that was established in 2018 to support women from Indigenous and culturally diverse backgrounds. The collection showcases stories from writers who show us what it means to reclaim a narrative that was taken from them. The powerfully relevant collection is reminder of the importance for a community to come together to tell their own stories away from the lens of the powerful. It is a reminder to resist the objectification of marginalisation. The stories published in the anthology are unsurprisingly as diverse as the authors themselves. The identity of the writers range from countries that border the Indian Ocean, South East Asia, South Central Asia, East Asia, West Africa, East Africa, South America, South Central Asia, including writers who are native to Polynesia, Indigenous, and African American. The critically diverse writers illustrate their understanding about the human condition represented in the stories through prose and poetry – crafting stories that are quiet often untold or deemed unimportant.

Sweatshop Women is a collection fundamentally exploring time whilst simultaneously using time as a necessary tool to illustrate the impact of otherness. The writers centralise the themes of their stories as redemptive subjects and do not fear from speaking truth to power. They humanise the characters in their worlds. They give them a name and a voice. In do so, they hold true to the voice of home and history as oppositional subjects with their own modes of existing in the world. As with any collection that is atttuned to the pulse of the subject, it witnesses untold worlds. The writers do not shy away from writing about loss as loss is indeed as much a part of life as joy is. The collection delves into the reality of the capacity of love to exist despite what it means to be a minority in Australia. This reality gives birth to a kind of exile.

The collection begins with a compelling story titled ‘Boragee’, written by Phoebe Grainer that holds Indigenous self-determination on the unceded land of Australia at its core. What does it mean for Australia to acknowledge it’s black history, much less a black history filled with the resistance and pain of the foremothers of country?
‘Yalla, here in buna I will have my child. I scream. There is no one here to hear but Boogagee. My booroo laying underneath like a stone, heavy and swollen. Soon I will turn this buna to blood, blood of ngyu and the woman who brought life, yalla, yallanya buna’.

Despite class playing a critical role in the material life of many individuals, it is often a subject ignored. While working class people create the wealth of a society, working class people do not benefit from their contribution. Class is a social, economic and political system that divides groups based on their class status. Given that an individual’s proximity to power determines their agency to exercise self-expression and since class as a category plays a fundamental role in a person’s life, how does a person protect their sense of self-expression from the designed limitation of class subjugation? As with Ghanaian-Australian writer Jessica Wendy Mensah, she writes a poem that pulls out the visceral feeling of what it means to be of the working class.

The story of the poem invokes a level of self-actualisation for working class people as Wendy articulates the plight of the working class. What does it mean to move towards empowerment? It means one must speak the truth about their context and connect with their own authenticity and give voice to areas of the world, experience in the world that are hidden as Jessica Wendy Mensah does in her poem:

‘FUCK THEM!
Yoruba packaged their empty
Souls into cubed boxes’

I can’t help but think about James Baldwin when he said ‘The Victim who is able to articulate the situation of the victim has ceased to be a victim: he or she has become a threat’. The brilliance in Wendy’s poem is in its ability to show the destructive nature of class all the while providing a sociological imagination to permit resistance.

The nuance required to capture complicated relationships that exist within a context inundated with ignorance is a difficult lived reality to capture. Much of that difficulty lies in the relationships between the people who are marginalised as a result of their cultural background that is politicised. How does one capture the relationship between an immigrant child and their parents? How does one capture the tensions that are born out of a context that place them (migrants) under patrol? In ‘This Ain’t Bankstown’ Aisha El-Cheikh write what it’s like being othered based on ones hyper-visible identity, after visiting her sons future high school. ‘My first born will start year 7 next year. A good school means a good life’. The writer speaks to the experience of being on fringe as ‘little Drew Barrymore yells out and when I look back in her direction, I notice that a lot of the adults here tonight are starring at me too. I can feel the end of my hijab unfolding as if their stares have pulled the pins out’.

The potency of the collection is in its ability to create understanding about worlds that are invisible. The way in which the writers give meaning to the experiences of the characters and of how realism is used by making visible the hidden truths and their essences in the world gives room to posibility. The stories make possible the transformative process to be able to name an experience. In ‘A Curse And A Prayer’ Naima Ibrahim story is example of how ones own subjectivity can be understood as she writes about a mothering struggling to with her son:

‘Hamid held my hands and there were a few seconds of silence as I took a deep breath. Hamid rose from his chair and walked to his room, finally taking his adidas shoes off. There was a gentle lock. And soon after, just finally, I could hear the lowered sound of rap music playing. I sighed, buried my face into my hands and began praying again’.

The collection highlights the importance of a community to tell their own stories. The power of telling ones own stories fosters connection to the self as well as a connection to a force bigger than the individual. The struggle for self-determination through story telling is undoubtedly a fight about love as shown through Sweatshop Women, a collection of stories taking concerted steps to put stories about marginalised people on the map, with all its complexities.

‘Here in the inner-west, I can hear the swoosh-hiss
of compression brakes and beep-beep-beeps
of mothers on school run, shiny in their urban four-wheel drives’.

MAGAN MAGAN is a writer and poet based in Melbourne. He holds a Creative Writing Degree from Victoria University. Magan was a 2018 Wheeler Centre Hot Desk Fellow and a co editor of the Black Inc anthology Growing Up African In Australia (Black Inc, 2019) and The 2019 Volume 7 of the Australian Poetry Anthology.