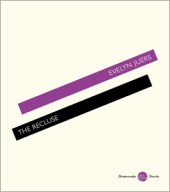 The Recluse opens with a brief, evocative description of student life in a share house in Queen Street, Newtown, Sydney in the early 1970s; wherein we learn that the author sometimes skips classes and goes down to read in Camperdown Cemetery. One of her favourite spots to sit is near the grave of a certain Judge Donnithorne and his daughter Eliza; one of the books she reads is Charles Dickens’ Great Expectations; there is, it turns out, a ghostly connection between these two –the grave and the book – not disparate things. For it is rumoured that Eliza Emily Donnithorne, who lived out the later part of her life in a big nineteenth century house in Newtown, was the model for the reclusive jilted bride, Miss Havisham, made famous by Dickens’ fiction.

Evelyn Juers, employing the same methodology – which might be described as the bricolage of synchronous quotation – used to such wonderful effect in House of Exile, sets out to see if this is true. Her quest takes her all over the world, and all over the World Wide Web, as she searches the records in Australia, British India, South Africa and the UK. The connections she finds set up reverberations in the echo chamber of her mind, which she transcribes with grace, economy and a hint of the mischievous absurd – she has a nice line in wry acknowledgement that there is a point past which conjecture cannot go, and yet she will always try to go that one step beyond. What she turns up – whether it strengthens the identification between fictional character and historical figure or not – is always worth knowing anyway: the book is in some respects a social history, full of luminous images – a gold scarf pin with pearls – of Newtown as it was in the second half of the nineteenth century.

Her method means that the dividing line between the speculative and the verifiable is constantly being challenged; the sheer range and number of possible connections unearthed is dizzying, the might-have-been is as fecund, as suggestive, as any incontrovertible disinterred fact. This highlights an aspect integral to search literature: the grail, whatever it might be, frequently turns out to be elusive or even delusive, the quest itself is replete with interest, insight, enlightenment and delight. The Recluse leads us seductively through the detail of forgotten lives to become a meditation upon strategies for living, amongst which is the choice to spend your time in seclusion, collecting, cooking, gardening, harp-playing, lace-making or following other solitary pursuits – of which the most solitary and hermetic of all is reading.

Reclusiveness is of course also a provocation to the social animal which, these days, we are all required to be: that mysterious point at which an individual declines to be known by others is a perpetual irritant to the convivial – how then can we tell if those solitary ecstasies are not more intense, more fulfilling, more transcendent, than any we may experience in company? And yet it does not require much reflection to understand that all of us reserve a part of ourselves, and a draft of our most intimate experiences, from the eyes and ears of others; the recluse therefore differs from the rest of us not in kind but in degree.

There is a beautifully understated point here, which the author implies rather than makes: her indefatigable inquiry into the antecedents of the Donnithorne family, their connections in Africa, India and England, the well-heeled life they lead among the upper echelons of colonial society in Sydney, Melbourne and the hinterland, must fail to reveal the essential that it seeks to uncover. Not only can we never be certain that Eliza was a model for Miss Havisham – and it seems that, if she was, she was one of several – nor will we ever know who she was, as we say, really. She remains an enigma, a shadowy figure who lives what may be a life of great felicity behind that door which is never closed but never quite open either, inscribed in a work of ‘biography as vastness, minuteness, contiguity and as a form of Wunderkammer.’

So this is a work that knows it cannot close the book on its subject. We as readers are asked questions without answers, beguiled with possibilities that may or may not have a basis in fact; most of all, perhaps, tantalised by the nature of the relationship between a literary work and the circumstances that gave rise to it. A central paradox is that, in Imperial Britain and her Empire, there was too much history, while in the nineteenth century Antipodes there wasn’t enough: hence a source for what might be called the Myth of Miss Havisham in Newtown as turn-of-the-twentieth-century newspaper speculation that arises out of that sense of there not being enough past. In so doing this creates, albeit in a specious or inauthentic sense, the very history we lack. 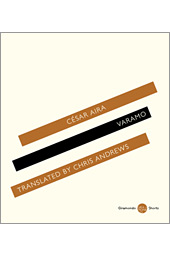 The impoverishment of antecedents thus leads to the invention of a history that is much more complex than a fiction could ever be; and yet, like a fiction, this history exists in an imaginary space. Such territory, whether we call it history as fiction or fiction as history, is as characteristic of Latin American as it is of Antipodean writing.  Traversed in a wholly different manner is the other book from the elegant series of Giramondo Shorts under review here: one written by an Argentine and translated by an Australian.

‘Although,’ remarks Varamo’s narrator, ‘this book takes the form of a novel, it is a work of literary history, not a fiction, because the protagonist existed and he was the author of a famous poem.’ The narrator thereby makes a statement that is incorrect in every particular save one: Varamo does indeed take the form, albeit unusual, of a novel. It is not however a work of literary history, save for the sense that it is the history of a fiction; there is no warrant, apart from Varamo itself, for the prior existence of its hero, Varamo, and none whatever for the existence of his poem. Even though the circumstances of the composition of that work, called The Song of the Virgin Child, are exhaustively detailed, not a single line of the poem is given to us. We have no alternative but to disbelieve in the actual existence of ‘that celebrated masterpiece of modern Central American Poetry.’

The prolific Aira’s novella was completed in the dying days of 1999 and published in Spanish in 2002; it is one of a very few, perhaps only nine, of his more than fifty books to have appeared thus far in English. This publication, in a translation by Chris Andrews, is notable for its clarity, its transparency and its preternatural ability to reproduce the voice of Aira’s narrator, with his deadpan style, his preposterous inventions and his propensity to jump from narration to commentary then back to narration again. Varamo is an absurdist account of twenty-four hours in the life of an obscure clerk working for the Panamanian government in the city of Colon in 1923 – the year, (perhaps) coincidentally, that Kafka ceased to write in his diary. It begins with the hero’s receipt of his month’s wages in counterfeit notes and ends with the sale of his poem; the events of the book, by turns bizarre, comic, grotesque, humdrum, theatrical, are told in a manner that the narrator reminds the reader is known as ‘free indirect style,’ defined as ‘the view from inside the character expressed in the third person [which] creates an impression of naturalness and allows us to forget we are reading fiction.’

Of course, as soon as we are reminded of the manner in which an illusion is created, that illusion is likely to fade, but one of the many strange things about Varamo is the way in which the illusion of the reality of the unsung clerk persists even as we are shown the mechanics of its construction. It is in fact a book of strangenesses: a stuffed fish playing a miniature piano is one, two spinster sisters who smuggle golf clubs singly into Colon another, a car rally that isn’t a race but an attempt to arrive at a uniform average speed over distance, a third. Aira is known for his propensity to make things up as he goes along and that is, indeed, one of the pleasures of Varamo – what on earth is he going to come up with next? There’s an implied comment here on the magic realism of Marquez and other Latin American writers antecedent to Aira, who might be said to be ploughing a furrow of his own ‘diabolic realism.’

But this kind of story-telling cannot work unless there is internal consistency to the tale and in this sense Varamo is a triumph: the story, while outlandish, is composed so that all of its elements contribute to a whole which has the coherence of a shaggy dog story or something written in verse by Lewis Carroll or Edward Lear. And the voice of the book is so compelling we believe, not so much the events, as the characters that the events manifest. Even if nothing we are told could possibly have happened in just that way or indeed any other way, Varamo himself is real, the chauffeur Cigarro is real, so are the Góngoras sisters . . . and so too, finally, is the poem that Varamo is about. For Aira’s most majestic and audacious sleight of hand is that he creates The Song of the Virgin Child in absentia, as it were, without needing to quote a line of it: his fiction becomes the poem it writes about.

This is made crystal clear in the last few sentences of the book, which can be read, inter alia, as a succinct commentary on the making of The Recluse; and also excuses the reviewer from having to recommend these two excellent books in his own words:

If a work is dazzlingly innovative and opens up unexplored paths, the merit is not to be found in the work itself, but in its transformative effect on the historical moment that engendered it. Novelty makes its causes new, giving birth to them retrospectively. If historical time makes us live in the new, a story that attempts to account for the origin of a work of art, that is, a work of innovation, ceases to be a story: it’s a new reality, and yet a part of reality as it has always been for everyone. Those who don’t believe me can go and see for themselves.