Playing cards on a red rattler by Beth Spencer 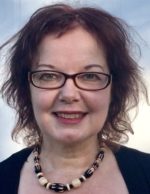 Beth Spencer is the winner of the 2018 Carmel Bird Digital Literary Award for The Age of Fibs (fiction). Other books include the verse memoir Vagabondage (UWAP), and How to Conceive of a Girl (Vintage/Random House) which was runner up for the Steele Rudd Award. She writes across genres and forms, her ABC-radio pieces have been collected on the double CD Body of Words, and she is also a contributor to the podcast Climactic. She lives and writes on Darkinjung land, and has a website at www.bethspencer.com

Playing cards on a red rattler

You always picked on my accent. ‘Are yous two gonna go?’ you’d laugh. When of course the ‘two’ was redundant, that’s what the ‘s’ is for. But you didn’t get that, like you didn’t get a lot of things.

And then the haitch/aitch thing. No, I’m not Catholic, it’s not about being Catholic, that’s just what you were told at your Proddy private school. (But really, if we’re talking about the letter ‘H’ then why leave the ‘H’ off? Makes no sense.)

The first time I met private school boys I was fifteen. We were standing around in a group at some inter-school Christian thing that I was into then and one of them asked me what school I went to. ‘Lilydale Tech,’ I replied. Silence. One of them reached into his pocket. ‘Here,’ he said, and handed me a cent.

It wasn’t until I went to uni and called home from telephone boxes that, with a shock, I began to hear the broadness of my father’s accent. The language goal posts shifting uneasily under my feet.

On the rare occasions my dad talked about the past he would say in them days, and refer to the toffy-nosed people on the other side of Balwyn.

(My grandfather’s blacksmith shop off Burke Street. My father’s clothes smelling of iron and steam and horses.)

Another time, with a similar bunch of private school friends, walking along a suburban street we saw a horse cropping grass in a paddock and stopped to say hello. One of the girls said something that prompted me to comment, ‘Well, my father is a farrier.’
‘Oooh!’ exclaimed an older boy. ‘Does he wear a big greasy apron?’
That fleeting rush of shame, just for a moment. (Well, yes. Yes, he does.)

Mostly I did manage to escape that shame and I think it was because my parents never desired that I be anything other than what they were, and what their parents were. A ‘good job in a shop’—what more could a girl want? (You certainly wouldn’t want to be like those toffy people! Goodness! Just the thought.)

I have a girlfriend who came from a similar working-class outer-suburb—a few stops down the train line—but her parents always dreamed that she would go to university. It was what they worked so hard for, aspired to. One day, sitting on her bed while she got ready to go out, I noticed when she opened her wardrobe that she had dozens of pairs of fine Italian leather shoes (and never enough).

Shoes, of course. I was slow about that. For years I had no idea that at uni, conferences, job interviews, writer’s festivals, I was being judged on my shoes. Like those men in Paris, years later, who followed me with invitations and suggestive comments whenever I went out walking, spotting me in my Doc Martens as an outsider, fair game. Like the professor who was asked once how he selected the right person for the job. ‘Well, it’s like looking in the mirror really.’

Did you notice this about me when we met when I was seventeen—my cheap and shabby shoes? ‘As long as it’s clean, washed and paid for,’ my father, a child of the Depression, would say. Meaning: good enough is good enough and don’t let anyone tell you otherwise.

Cheap shoes. Cheap haircut. I started to notice it eventually when I would watch older and younger women bond over their stylish shoes, notice the swish of neat hair, not a strand out of place. (You don’t belong. You are an outsider.)

Is this what you spotted that singled me out as someone to take to bed, but not home to the parents?

In those early years at uni, while your parents lent you their Citroens and old Volvos and took you out to restaurants, I would catch the train back to the suburbs and my Dad would pick me up from the station in the P76 with the back seat removed for the horseshoes. Wiping down the seat with an old towel, taking me home to a prodigal daughter feast of Kentucky Fried Chicken.

In them days, at uni, I learnt words like déclassé and embourgeoised.

I learnt to spread out the times I would visit my parents so the visits became infrequent, and grudging. Over with as fast as possible.

You drove me out there once in the Citroen, your tourist eyes taking in all that had been invisible to me. I watched you backing down the drive speedily, past my father’s cattle truck, the dogs barking.

What was it about you that was like my brothers and father but with a posh accent? Was it the way you drove? Relaxed, confident. Was it that faint attitude of contempt?

Later at uni, doing my Masters, I learnt words like intersectionality.

I learned that in amongst the pride and arrogance there was a shame in you that I could never have imagined, and that no amount of expensive shoes or cars or restaurant meals or high class jobs and travel and the right postcodes and saying ‘aitch’ and ‘you two’ could ever cleanse.

Right side of the wrong tracks. First class, second class, the trains taking us in different directions.

Tell them as long as it’s clean, washed and paid for.

Paid for, there’s the rub. Both of us living on stolen land. You just had a lot more of it.

I never know how to end these stories about you. Even though after all these years our story is well and truly ended. Or so I hope. So I tell myself.
And my father died two decades ago.

But we partake of each other. We live in each other. Just as the boy with the one cent coin lives in me, and the greasy leather apron, my friend with the dozens of shoes, the academics admiring each other’s haircuts.

As we pick up the cards and lay down tracks. This one, that one. Steaming through life, me in a red rattler, you in a blue train. Hanging out the windows. Buying time. Buying up whole suburbs. A country. An ocean between us. Whole worlds.

But you see it’s never about the things you thought it was.