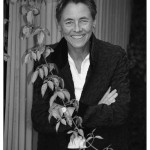 Susan Hawthorne is the author of six collections of poetry, the latest of which is Cow (2011). Cow was written during a 2009 Asialink Literature Residency based at the University of Madras and funded by the Australia Council and Arts Queensland. Her previous book, Earth’s Breath (2009) was shortlisted for the 2010 Judith Wright Poetry Prize. A chapbook of poems about war, Valence, will be published in late 2011. She is Adjunct Professor in the Writing Program at James Cook University, Townsville. She has been studying Sanskrit at La Trobe University and ANU for five years.

Kālidāsa’s Meghadūta (Cloud Messenger) from approximately the 4th century CE is a poem of 111 stanzas. This poem is based on reading the first 20 stanzas of the poem in Sanskrit. Meghadūta is one of several lyric poems by Kālidāsa who wrote three plays as well as epic poems. He is one of the most important poets writing in Classical Sanskrit. Translating for Sanskrit provides many challenges, and in this version I take poetic licence in order to make the poem work in English. The Sanskrit metre in which it is written is mandākrānta, a slow elegiac metre.