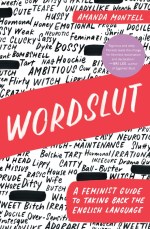 Wordslut: A Feminist Guide to Taking Back the English Language


Wordslut, as the ironic title suggests, is a book about language, gender and power by debut author, Amanda Montell, an LA-based self-professed linguistics nerd, feminist and also magazine features editor. It’s no surprise, then, that the writing is entertaining and that Montell is able to elucidate in a concise, relatable manner the precise ways in which ‘… people use language to express gender, how gender impacts how a person talks, and how their speech is perceived’ (4). In short, she demonstrates how words are inherently social and political tools. And if anyone has any doubt about this, Montell cites a 2002 legal case in Kansas Supreme Court where the dictionary definition of woman prevented a transgender spouse from inheriting her deceased husband’s estate.

Montell continues to illustrate her arguments by mining history and making use of other case studies in the book’s eleven chapters, which cover topics such as cursing while female, girl talk, how to confuse a catcaller, and the struggle of being a women who speaks in public. She also conducts interviews with leading North American sociolinguists, such as Lal Zimman, Deborah Cameron and Sonja O. Vasvári, Montell’s former NYU professor. The book is certainly well-grounded and well-researched.

In the first chapter, for instance, Montell, reveals the etymology of various English slur words usually reserved for women, which refer most commonly to either desirability, ‘evilness’ or promiscuity. One of these words is ‘slu’t. Apparently, in the Middle Ages ‘slut’ referred, fairly innocuously, to an untidy woman or man (29). But, Montell asks, even if contemporarily meant to offend, why is this slur and so many other slur words so enjoyable to say out loud? Well, studies show that, phonetically, short and plosive sounds and stop consonants, such as b, p, d and t, are human favourites from birth. Thus, reclamation and reappropriation, Montell believes, is key, and is, in fact, what is already happening. Terms like bad bitch – ‘a confident, desirable woman (40-1)’ – and the chicer, Frencher-looking ‘heaux’ instead of ‘ho’ are currently being used as terms of endearment and humorous affection between women, thanks mostly to speakers and creators of African-American Vernacular English.

So, words can and do change in meaning, Montell wants to stress. Sometimes slowly, but also sometimes quickly. To take an example, she asks us to recall the word ‘suffragette’, which, when it was first coined by political opponents, was intended as a smear and referred to the ‘husbandless hag[s] who dared to want to vote’ (42). However, activists immediately ‘stole’ the term for their campaign, and now the label connotes qualities such as courage, honour and strength. If anything, this is Montell’s aim in Wordslut: that women, and indeed any other groups oppressed by language, continue to consciously take language into their own hands in order to verbally, as they say, ‘smash the patriarchy’.

Another area that Montell suggests women can take linguistic action is in describing the act of sex. Disturbingly, as a beginning reference, she cites, British slang lexicographer, Jonathan Green’s collation and study of terms used for male and female genitalia spanning from the 1500s to 2013. (Interestingly, he collected 2,600 word items, more words than were in the first English dictionary.) But more to the point, Green was looking for patterns, and what he found was that the penis has been, over five centuries, most commonly described as some kind of weapon, and the vagina, a passageway, a passive void. Furthermore, terms for intercourse were more often than not a way of saying ‘man hits woman’ (256). Montell sums up: ‘…our languages most potent phrases… paint a picture of women, men and sex from a cisgender dude’s perspective’ and ‘… portray… sex as… violent’ (205) What about instead, offers Montell: ‘We enveloped all night… I sheathed the living daylights out of him… it would be a real head-scratcher’ (257). Alternately, she goes on, could some inspiration be taken from trans folk who self-identify their own genitalia – venis, diclit, click (268) – and their own sexual experience? Overall, this is what Montell thinks is needed:

In subsequent chapters, Montell takes further inspiration from the linguistic creativity and inventiveness of queer communities. She gives the example of gay men in the Phillipines who have developed a particular, ever-changing lexicon called swardspeak, which ‘combines imaginative wordplay, pop culture references, malapropisms and onomatopoeia’ (242). Then, in the early to mid-twentieth century, there were the British gay men who used a particular vocabulary called Polari, which contained several hundred words and was a ‘mix of London slang, words pronounced backwards, and broken Romani, Yiddish and Italian’ (248). It, like swardspeak, was mainly used to identify speakers as homosexual and also as a protective device, but Polaris was ultimately discarded when homosexuality was legalised in 1967.

Lesbian slang and/or secret codes, on the other hand, writes Montell, are largely unrecorded or absent prior to the 1970s, mostly due to the fact that lesbians were once socially, historically and even linguistically invisible. Unbelievably, the word ‘lesbian’ was not added to the Oxford English Dictionary until 1976, and even then its usage was illustrated with this chilling example sentence:

‘I shall never write real poetry. Women never do, unless they are invalid, or lesbians, or something’ (281).

Nevertheless, second-wave feminists – lesbian or not – were incredibly productive and wrote umpteen feminist new dictionaries, transforming patriarchal speech ‘into a language for and about women’ (275). The most famous, Montell notes, was Mary Daly and Jane Caputi’s Websters’ First New Intergalactic Wickedary of the English Language (1987). It includes revamped definitions such as this:

HAG: A Witch, Fury, Harpy who haunts the Hedges/Boundaries of patriarchy, frightening fools and summoning Weird Wandering Women to the Wild (in Montell, 276).

And then there were those who invented whole new feminist languages, such as the linguist, Suzette Haden Elgin, who coined words to sum up what she thought to be ‘common physical, social, and emotional experiences shared by women, which were otherwise unspoken or would take multiple … sentences… to describe’ (279). One of Elgin’s head-nodding terms is this: radiidin, ‘…which translates to “a non-holiday”, or an occasion generally thought to be a holiday but is actually a burden due to women having to cook, decorate, prepare for so many guests single-handedly’ (279). The entire final chapter of Montell’s book is devoted to these second-wave feminists’ ambitious and expansive linguistic undertakings.

In many senses, Wordslut is a carrying of the torch, a continuation of these earlier feminists’ work. Like her forebears, Montell shows and gives women ‘the knowledge to reclaim the language that for so long has been used against us’ (20). She sees language as the next frontier of gender equality and her book has plenty of suggestions for how to take charge. One, as recent research has indicated, is this: for women in the public eye or in positions of authority, the best approach is, rather than listening to spin doctors and life or voice coaches, simply to be oneself (225). This is advice that Montell certainly takes on herself. Readers will enjoy her shameless humour, the intellectual stimulation, historical detours, current-day relevancy and the way her book deconstructs social norms in many unexpected ways. Ultimately, Wordslut is hopeful. And for those who want more, there is a TV adaptation coming soon.

TAMARA LAZAROFF is a Brisbane-based writer of short fiction and creative nonfiction. She has a particular interest in hidden histories, the migrant experience, feminist and queer themes, oral storytelling traditions and celebratory stories of social interconnectedness.