The Colour of Care by CB Mako 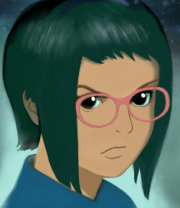 CB Mako is a member of West Writers Group and art student at Footscray Community Arts Centre. In 2016, she won the Grace Marion Wilson Prize for non-fiction. was a panelist at the Emerging Writers’ Festival’s ‘Late Night Lit: Fandom’, and read her non-fiction piece at the Melbourne Writers Festival’s ‘Storytelling at the Dock’.  Her works were published in The Suburban Review, The Lifted Brow, The Victorian Writer, and Pencilled In.  CB Mako can be found on Twitter as @cubbieberry  and Instagram as @cb.mako


My Twitter app chimed a reply. ‘We’re called “caregiver” here in the USA.’ My American friend couldn’t understand the word I used when I chatted with her online. She was a caregiver to her eleven-year-old child with autism.

Later, a blogger-parent from the UK—who has an eight-year-old daughter with Down Syndrome—tweeted back, ‘We’re called “carer” here in London.’

While in the Huffington Post Australia, carers of young children were simply called ‘parents of children with special needs.’

Carers Victoria defines carers as ‘diverse as the Victorian population.’ The definition continues: ‘The work of unpaid carers contributes enormously are disadvantaged [sic] regarding health and safety, holidays, work, leisure and financial security … Many carers and the people they care for are from culturally and linguistically diverse backgrounds and experience additional difficulties.’

I am a mother, a carer of a child with Down Syndrome.  My six-year-old daughter had open-heart surgery at three months of age, which was followed by a cancer diagnosis when she turned eighteen months old.

Exhausted from caring for my daughter during her eight months of chemotherapy, I barely knew how to get through the day. Meditation and mindfulness therapies didn’t work anymore. As my last resort, I went to see a psychiatrist, and was prescribed antidepressants.

Having two children born in Australia, my husband Chris and I—both migrants—have no immediate family to turn to in an emergency or in times of need. While it was said that ‘it takes a village to raise a child’, our own migrant community was wary of us and we were wary of them. Not only were we new migrants, we also bore a child with a disability. We didn’t follow the highly expected migrant story—fully employed, owned a large, well-furnished house in the suburbs, with more than one car. We didn’t give our parents back home the opportunity to brag to their “amigos” and “amigas” about their progeny overseas.

Whenever we attended familial or religious gatherings, there were two kinds of greetings.  At the onset, they would say that our daughter was lucky to be born in Australia, with its universal healthcare, excellent paediatric cardiac surgeons, and Melbourne’s brand-new, state-of-the-art Royal Children’s Hospital. But their furtive glances gave away their strongly-held traditional, superstitious beliefs that we, as parents, were cursed because we disobeyed our parents, and we were being punished by God.

Were these simply imaginary interpretations and conversations in my mind? Were their furtive whispers actually their clumsy attempts to start an awkward dialogue about disability? Whatever they were, any future attempts of amicable discussions remained futile. In our reshaped, post-cancer lives, we found ourselves avoiding visiting old friends and relatives. 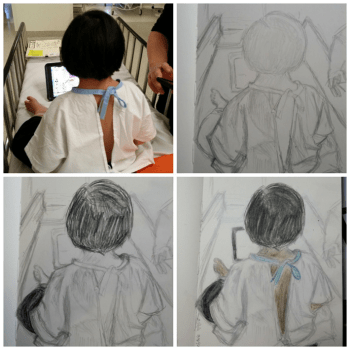 Online, it was difficult to assert myself as a carer. I only had one week—during National Carers Week—to rally to the cause for carers, and safely express my thoughts on social media. As Roxane Gay (2014) contends, ‘This is the modern age. When tragedies occur, we take to Twitter and Facebook and blogs to share our thoughts and feelings.  We do this to know that maybe, just maybe, we are not alone in our confusion or grief or sorrow or to believe we have a voice in what happens in the world.’

However, on that same week, news broke about a migrant family from Colombia, South America—with two young children with autism—who had committed filicide.

On social media, disability advocates raised their angry voices, asking why news reports assumed that the family’s deaths had anything to do with autism?

I took a step back and observed the tweets and who tweeted them. The online critics were women. But were they white women or women of colour? Were they women born in Australia or were they migrants? Did these angry women have families and friends nearby to support them in their time of need?

As a migrant woman myself, a woman of colour, and a carer, the questions I wanted to ask were different: Was there help given to the migrant parents? Were the parents of these children—disconnected from organic, migrant communities—having a difficult time as carers? Was the mother the primary carer of her two children? Was she alone most of the day? Did her local council provide her some respite care in order to take a break for a few hours a week for self-care?

Migration is hard. To a great extent, the smoothness of the transition depends on the circumstances in which the individual migrates … The relationship a migrant has with their adopted home can an extraordinary complex one.  Unfortunately such complexity is rarely explored in the media today. We tend to hear rags-to-riches tales about migrants who are eternally grateful or—at the other extreme—stories of radicalisation and extreme hatred.

Coming from a Culturally and Linguistically Diverse (CALD) background, there was no direct translation for the words ‘mental health’ or ‘depression’ in my country of birth. The closest translation to the word ‘depression’ in the Philippines was ‘crazy’. Eventually, I learned that in other cultures as well, it is taboo for women to discuss or admit they have had mental health issues.

I woke up to a stark realisation that other forces—outside of caring for a child with a disability and cancer—had re-written our family’s story, altering the course of my narrative.  The universe had a unique sense of humour. Apparently, not only was I cursed with bad karma, and punished by God; I was also crazy.

As a carer and a woman of colour, with mental health issues, where did I fit in?

I once enquired about applying for a writing group about disability and the first question they asked was, of course, ‘Do you have a disability?’

I paused, unable to reply. Should I openly admit that I had mental health issues?  My deepest fear in admitting that, ‘yes, I am taking antidepressants and was clinically diagnosed with depression’, was that my children would be taken away from me.

This fear reminded me what Khalid Warsame wrote in Overland (2014):

I wanted to write a story about the “immigrant experience” but I didn’t want it to be a story just about the immigrant experience, as if that were the only kind of story someone like me could write.  The reluctance came from a place of fear.  Somewhere along the line, I accepted that how I see myself is intimately tied up with how I perceive others to see me … But the question remains: if one is scared to write one’s own story for fear of writing … too consciously, then what else is there to write about?

When an Australian literary journal put out a call for submissions on the topic of disability, I wondered if a carer’s narrative would be included in their special printed issue. Were there carers like myself, looking after their children with disability?  Did they have disabilities themselves?  Eventually, my piece about the carer’s voice was not accepted.

In Australia, whether on parenting websites or in literary magazines or literary journals, when mental health stories revolve around women and children, the stories are those of white women and children. An article in The Saturday Paper, despite being written by a person of colour, featured a white woman with postnatal depression from Footscray, an inner-west suburb of Melbourne. Didn’t Maribyrnong Council tweet last year that their city was the second most diverse city in Victoria?

Where were the people of colour who had mental health issues or disabilities? Why was there no representation of intersectionality in these areas? Were we too complex, too complicated to be part of the mainstream narrative?

the current dialogue around women’s writing in Australia is biased and stagnant. Few commentators seem game, engaged, or interested enough, to ask the uncomfortable questions … But we are so afraid to complicate things. It’s just too hard. Perhaps there’s a fear that highlighting this lack of diversity dilutes the primary cause of advancing women’s writing in general. White Feminism has operated on this basis for time immemorial. Perhaps there are some inconvenient truths. Perhaps we are those inconvenient truths.

Was writing about the narrative of the carer of colour an inconvenient truth?