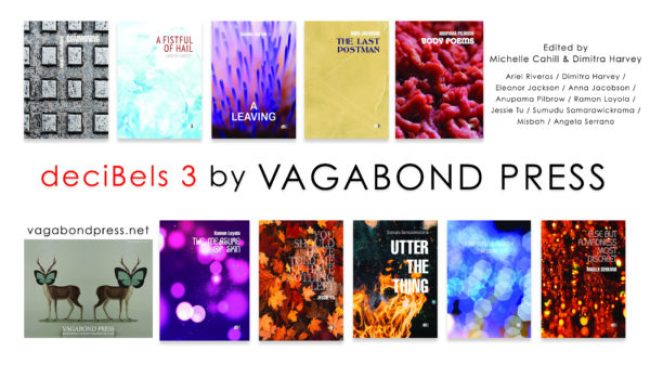 How to mobilise the launch speech? An essay in the form of a thread

I have been metabolising Michelle Cahill’s work on interceptionality, a term she has been dissecting and championing over three essays with the Sydney Review of Books, the latest published this week. I am deeply interested in her rich theorisation, which is seen in practice with the activism of Mascara Literary Review, interception being a pragmatic, principled approach that can, in Michelle’s words, ‘unmask entitlement and inaugurate dialogue’ but which also, and this is really important – offer creative protection. Creative protection, because the intercepts that Michelle enacts are highly generative actions. Her activism – each tweet, email, newsletter – that calls for better representation and equitable opportunities for CALD writers opens up new sites of potential. I’ve been thinking through what the use of a launch speech might be within an interceptional framework – and indeed where it even fits within the publishing ecology, as it’s not a review, or criticism, but is significant nonetheless, creating a shape and a language for how books will be talked about by others. The launch speech is a powerful object as it oftentimes sets the tone for the critical discourse that will follow. So how to mobilise it?

The format I have chosen acknowledges the extraordinary event that is the deciBels 3 chapbook series: the release of ten books all at once is a powerful statement that actively works against received publishing logics; where books are published individually and given their own run before the next appears. This collectivist, connective model has impact – it is an opportunity for CALD writers to hold more space together than they would individually. But I have also been sensitive to making sure that each book gets its due.

‘The amniotic place / of rejection from which we are born’. Jackson is drawn to moral complexity found here in infidelity, at a conference, on death row. These are poems as furious summations. In ‘Remembrance Day’, she writes, ‘Don’t let me wallow in generalities’ ­– the imperative drives these poems. Can’t let emotion distract from incisiveness, poetry needs both. There is great range in this small book, which is deeply invested in the world ­­– the poet listens closely and the poems enact that listening, moving between a restrained political persona and a tender, more buoyant self.

Peace inside the unresolvable: Dimitra Harvey’s ­A Fistful of Hail

Cross-pollinations: A line of Eleanor Jackson’s, ‘the caesura between the outage and the back-up’ precisely describes the work of Dimitra Harvey’s poems, their electric holding of space within/around/after moments of brutality – can a poem act as a coda to violence? Or is violence inherently without coda? How to find peace inside the unresolvable­ ­– see the poems ‘Father’, ‘Acrocorinth’, ‘Sport’. Contradictory as it may seem, through the sonic the poems resist the structural confines that also give the poems their admirable pressure – they resonate. From ‘Station’: ‘A woman’s laugh, the clink of glasses – the city’s noises are padded here. Then a whip of wire, a spring-loaded lash. The train pulls up, groaning in its metal’.

She is so free: Angela Serrano’s Else But a Madness Most Discreet

The libidinous haze of Angela Serrano’s sex-positive poems strikes immediately; their temperature – hot – because they fully embrace the abject. Case in point: the book’s first poem begins with its speaker taking a shit. Later in the book: ‘At first I thought the fog was from a fire’. But the reader knows by then that Serrano’s fog is a pleasure-full fugue. And something else – ‘intersections are Freudian hotspots’. The poems at the centre of the book are presented in Tagalog first, then English. The poetic persona’s largesse, appetite, ambition. Her fluidity, open pursuit of desire – she is so free.

Speculative, epistolary, characterful. Sensorial – keyed into atmospheres. Details of light. ‘The sun as it performs its yoga’. More volatile: ‘I was walking in the same direction as you – watched you crush a lit cigarette into your pocket’. A spectral parsing in ‘Letter 7’, the opening line ‘water damaged eyes are made whole again’. The poem makes uncanny the relation of body and material. (But then, perhaps this is always? Uncanny.) ‘Your job is to erase these paper bruises’. At first a poem about the reconstructive efforts of memory, but at a certain point it’s occulted. ‘You pick up the stylus, graft pixels to creases’.

I turned the word over and over: Ramon Loyola’s The Measure of Skin

The book with flames on its cover: Sumudu Samarawickrama’s Utter the Thing

These poems often take place at dusk, the casting of ambiguous time, where there is still – just – enough light for colour. In the poem ‘Smoothas’ this state is described as ‘lavender gloaming’, and it imbues the poems with a heightened sense of drama where all senses are labile, on alert.

Kinetics in the poem ‘power/move’, that slash is some/one and they are changing their position.

Kinetics in the poem ‘The Lug’, where a door opens and time jump cuts and words run-in-to-each-other-so ‘Ipretend’, ‘myvoice’, ‘feigningconsistency’. The speaker is not safe.

Kinetics in the poem ‘Anger Poem’: ‘I’m writing this story over this story I wrote The same story.’ The great repetitions of being in experience.

Trajectories: Jessie Tu’s You Should Have Told Me We Have Nothing Left

Intimate examinations of women’s lives and their various trajectories. How do we become who we are, or perhaps more importantly, what happens to us? The poem ‘And it is what it is’: ‘You are given fingers before a mouth’. The poem ‘The Hotel’, its speaker taking and loading, taking and loading her luggage, she is ‘always arriving’. The everyday questions that comprise life’s form: when to fight for a relationship, whether to have a kid.

But then with the poem Going there where there is no place to go, Tu dissolves the very notion of trajectory, she tips the poem on its side.

Read in the usual way, English-language lines travel forward. At this new angle they pull backwards. Our past grows with us – fact. How to keep moving?

She writes, ‘The only possible answer to this problem with no solution is to keep turning up’.

From the opening poem ‘Bel Canto’: ‘Your image comes up and I’m speaking to your photo as well as to you’. Riveros’s poems always speak twice, but FYI I’m using ‘twice’ as a placeholder for ‘multiply’. The twice-ness of these poems causes little rips in time, so that ‘a medieval of plastics reach the waterways’ and ‘order of truth is no flicked lumiere’. In the poem ‘Paen to a 1996 nervous breakdown’, ‘some maps are lost in themselves / and territories that we’ve not onedered but twodered and now we’ve threedered and can fourded’. Multiplicity can quickly become terrifying – it does so for me in the portentous ‘A Poet Knows When’, which opens with the lines ‘Right up against me/ before sleep/ after waking/ I carry carcass’. That carcass is multiple, carried by and speaking to the poet, but appearing in a second form as well, as ‘carcass earth’. Anything can, and has, and does and will happen – but the shadow to this, the question of accountability, is ever-present. The Melbourne poem ‘Settlement’ in particular troubles notions of political ‘progress’ (even and especially as it doubles, triples): ‘The bum is the seat of Parliament as we get to the following station’.

Notes from a homing pigeon: Misbah’s Rooftops In Karachi

Misbah’s clipped, urgent missives report on Karachi, Pakistan, the city of her birth; and on her subsequent travels there, real and imagined. In their small, tight prose forms, they can be read like notes from a homing pigeon – and indeed one such pigeon appears in the very first line of the book. Each missive or note is highly architectural in its construction; a memory palace. From the poem ‘Territory’: ‘Under my skin is a mosque buried, over its surface borders are patrolled, in the lines of my hands are partitions of space occupied by warring microbes building temples of salt’. This precision also recalls tactics of surveillance; a thorough updating of the homing pigeon metaphor – so while the poems sometimes speak to place, at other times they register site. Often, and as in the poem ‘Last Transcript from Osama’, presented here in full, there is an interleaving: ‘X marks the coordinates of clouds disconnected, the colour of bandages, the colour of sleep, uniforms, and especially ambulances and weddings, kites on wires, the soft calligraphy of fighter pilots, and rooftops that are in every way the surface of the moon’.

Pilbrow’s interest in exchange, reciprocity, relationality is signalled in the book’s dedication before readers even get to the poems. I hope she won’t mind me sharing it: ‘To my family. I love them and they love me’. A Pilbrow poem rolls forward as a loop, hoop, circle. Almost every poem is its own category of poem (as in they are called ‘Body Poem’,’Membrane Poem’, ‘Despicable Body Poem’, ‘Trying to Remember My Birth Poem’, &c. While wellness culture promotes the present as a desired state of calm, in Pilbrow’s Poem-poems, the present is absurd, fantastic, gross. From ‘Ocean Poem’: ‘I have a bath and I shave my legs underwater so all the hair pieces are swimming in the bath water with me’. Her forensic descriptions are also-always ebullient – how? ‘Hold the bone and scrape it hard against concrete or volcanic rock to shear away soft and round bits until the bone is a weapon’. A cool new mantra.

I wish each of these brilliant writers every possible success

Congratulations to editors Michelle Cahill and Dimitra Harvey, with the support of Michael Brennan and Vagabond Press, for their fearless and clear-sighted editorial vision, for bringing ten impassioned, uncompromising and beautifully moving books into the world all at once.

EMILY STEWART is poetry editor at Giramondo Publishing and a doctoral candidate at Western Sydney University where she is conducting research at the intersection of poetry and architecture. Her first collection Knocks was published by Vagabond Press in 2016 and received the Noel Rowe Prize.